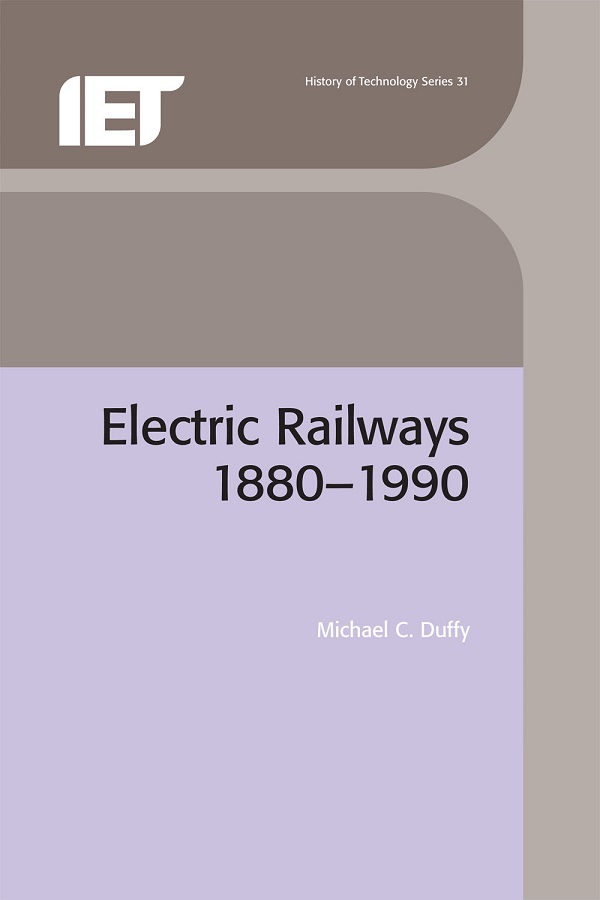 
Electric Railways 1880-1990 explores the history of the integration of both electric and diesel-electric railway systems and identifies the crucial role that diesel-electric traction played in the development of wireless electrification. The evolution of electrical technology and the modern railway produced innovations in engineering that were integral to the development of traction, power and signalling systems. This book presents a thorough survey of electric railway development from the earliest days pf the London Underground to modern electrified main line trains. The distinction between 'enforced electrification' and 'economic electrification' is also discussed and the pioneering role of J.J. Heilmann assessed.

Developed from many years of research into railway engineering, topics covered include signalling and communications, power supplies, and a detailed survey of traction systems, both AC and DC. The introduction first of mercury arc rectifiers, and later of power semiconductor controls, is also discussed in detail. The author has a long-standing interest in engineering history and has written many papers on aspects of railway technology. This book will be of particular interest to scientists and historians interested in the development of electric railways.