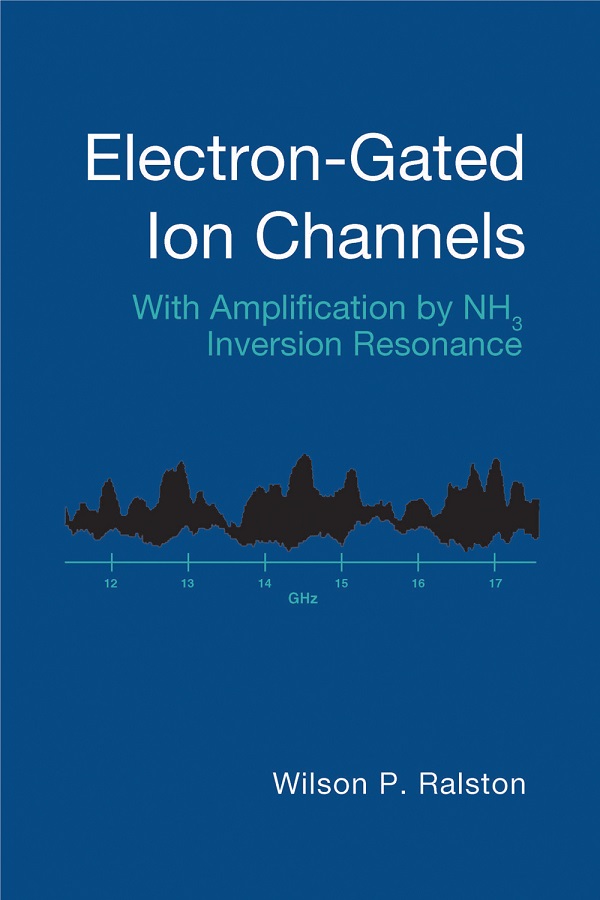 With Amplification by NH3 Inversion Resonance


Understanding ion channel gating has been a goal of researchers since Hodgkin and Huxley's classic publication in 1952, but the gating mechanism has remained elusive. In this book it is shown how electrons can control gating. Introducing the electron as a gating agent requires amplification, but until now there has been no appropriate mechanism for amplification.

It was discovered that NH3 groups, at the end of arginine and lysine side chains, act as amplifiers for electron tunneling. The amplification is about 25-fold, due to the inversion of NH3. The inversion frequency for NH3 attached to the side chain was calculated from an electron-gating model, calibrated to the Hodgkin-Huxley model. It was also determined experimentally in Blue Fluorescent Protein, using a new microwave spectroscopy technique developed specifically for this purpose. The inversion frequency of NH3 in the gas phase occurs at about 24 GHz and is used by the ammonia clock and for amplification in the ammonia maser. This frequency, reduced by the attachment of NH3 to the side chain, is the basis for amplification of electron tunneling at arginine and lysine sites. Detailed models for electron gating in sodium and potassium ion channels are described and an electron-gating model for calcium oscillators is presented.

The book is a documentation of the author's research and is oriented towards research workers in the biological sciences. The new quantum-mechanical approach to ion channel gating elucidates mechanisms important to cellular function and signaling.