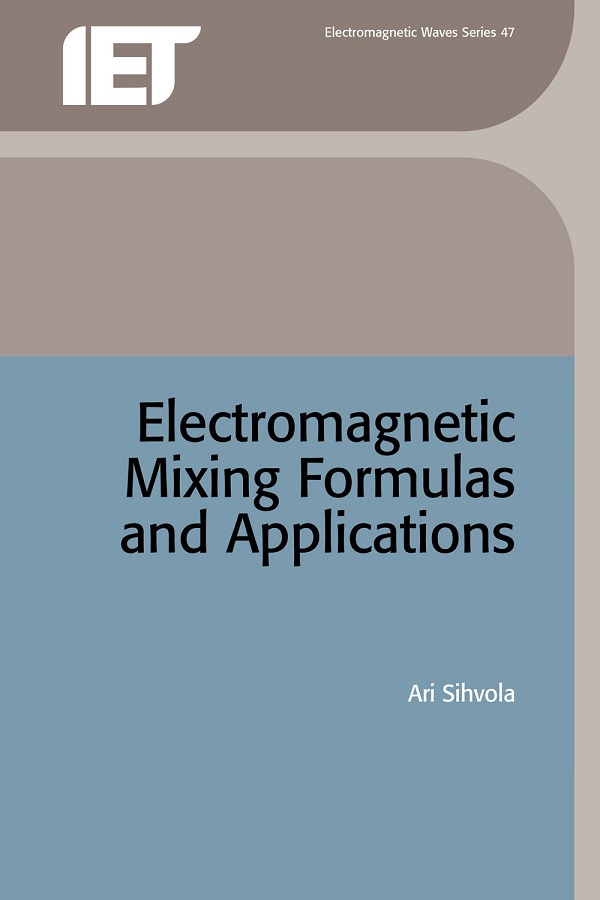 
The book discusses homogenisation principles and mixing rules for the determination of the macroscopic dielectric and magnetic properties of different types of media. The effects of structure and anisotropy are discussed in detail, as well as mixtures involving chiral and nonlinear materials. High frequency scattering phenomena and dispersive properties are also discussed.

The book includes analysis of special phenomena that the mixing process can cause, such as the difference in character between a mixture and its constituent parts. Mixing results are applied to different materials in geophysics and biology. Reference is also made to the historical perspectives of dielectric modelling. Examples are included throughout the text.

Aimed at students with research interests in electromagnetics or materials science, the book is also useful as a textbook in universities, as a handbook of mixing principles, and as a sourcebook for composite material design.

Ari Sihvola is Professor of Electromagnetics at Helsinki University of Technology with research interests in electromagnetic theory, complex media, materials modelling, remote sensing, and radar applications. He is Vice-Chairman of the Finnish National Committee of URSI (International Union of Radio Science) and served as the Secretary of the 22nd European Microwave Conference, held in August 1992 in Espoo, Finland.