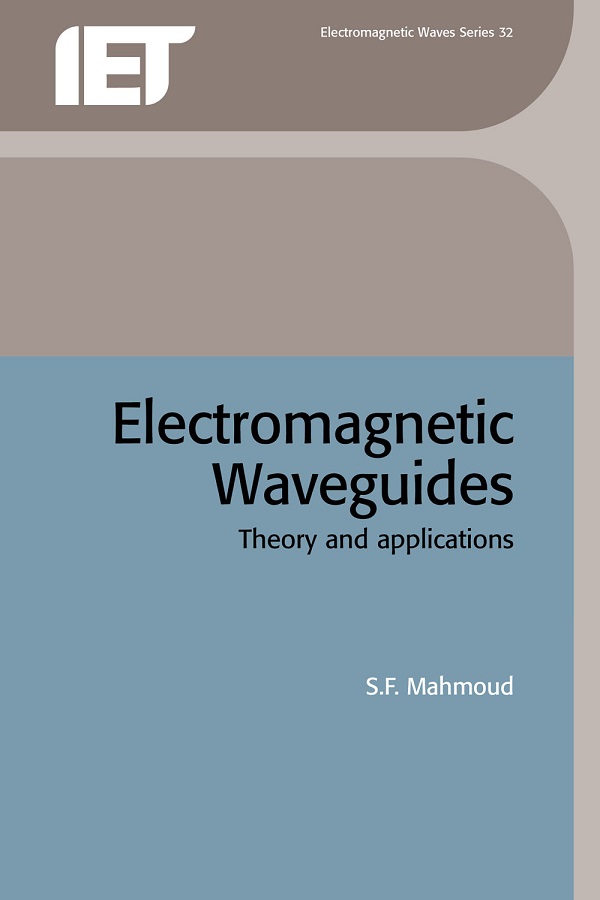 
There are several ways to classify electromagnetic waveguides. Depending on their boundaries, they can be classified into waveguides with perfectly reflecting walls or finite impedance walls, as well as open waveguides. In terms of their applications, there are the low attenuation and low delay distortion waveguides for telecommunication, the low crosspolar field waveguides used as feeds for reflector antennas in frequency reuse schemes, as well as the leaky feeders in continuous access communication systems. There are also the natural waveguides such as tunnels and the earth-ionosphere waveguide.

This text is an attempt to give a unified, analytical treatment to most of these diverse types of waveguides. Emphasis is given to modal characteristics, modal excitation and mode scattering at longitudinal discontinuities. The book will serve not only as a text for undergraduate courses, but also as a reference book for those involved in research work on electromagnetic waveguides.

Samir F. Mahmoud graduated in electrical engineering from Cairo University, Egypt in 1964. He received his MEng and Ph.D. degrees from Queen's University, Kingston, Ontario, Canada in 1970 and 1973 respectively. He was then a visiting research fellow with the electromagnetic group at CIRES, Boulder, Colorado during the academic year 1973-1974. Dr Mahmoud was a senior research associate at Queen Mary College, University of London (1980-1981), and worked with British Aerospace in Stevenage as a senior engineer (1981-1982). He held the positions of lecturer, associate professor and full professor at Cairo University in 1975, 1980 and 1985 respectively, and joined Kuwait University as a professor in the ECE department in 1988.

Dr Mahmoud has been a senior member of the IEEE since 1983. In the same year, he received the Engineering Award from the Academy of Science and Technology for his outstanding research work. Dr Mahmoud is the author of numerous scientific papers published in several international journals and conferences.