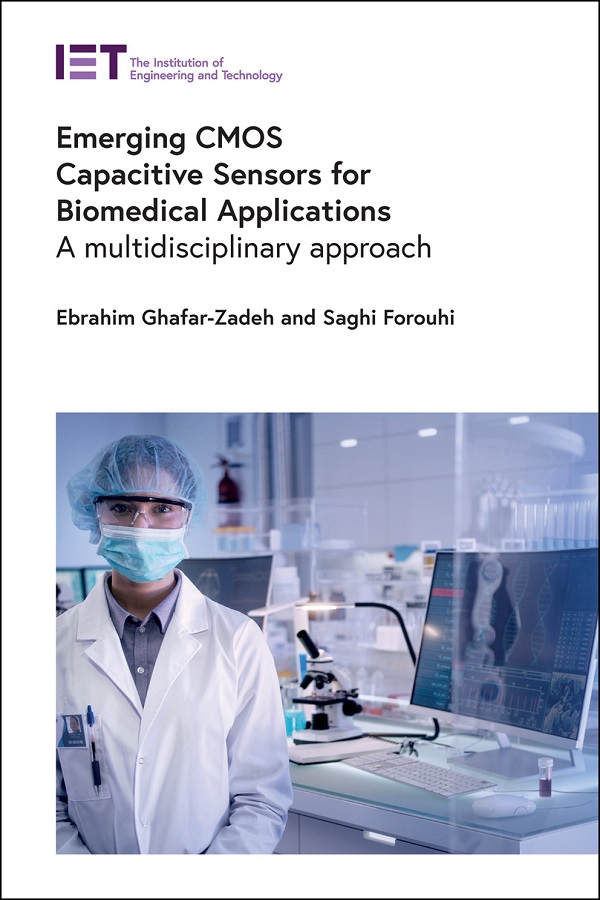 
CMOS-based sensors offer significant advantages to life science applications, such as non-invasive long-term recordings, fast responses and label-free processes. They have been widely applied in many biological and medical fields for the study of living cell samples such as neural cell recording and stimulation, monitoring metabolic activity, cell manipulation, and extracellular pH monitoring. Compared to other sensing techniques, capacitive sensors are low-complexity, high-precision, label-free sensing methods for monitoring cellular activities such as cell viability, proliferation and morphology.

The development of capacitive sensors for use in life sciences requires thorough knowledge of both the intended biological applications and CMOS circuitry. This book addresses the principles, design, implementation and testing, and packaging of CMOS circuits for these applications. Existing applications, markets, and potential future developments are also covered, plus the relevant biological protocols.

Emerging CMOS Capacitive Sensors for Biomedical Applications provides information and guidance for researchers and advanced students in the field of microelectronics who are looking to specialise in biological applications. It is also relevant to academic and industrial researchers already working in the biosensors field, who wish to expand their knowledge and keep abreast of new developments.

Ebrahim Ghafar-Zadeh received his B.Sc. and M.Sc. in Electrical Engineering from the KNT University of Technology (Tehran, Iran) and University of Tehran (Tehran, Iran), respectively. He then continued his studies in Polytechnique of Montreal (Montreal, Canada), where he received his Ph.D. degree in Electrical Engineering in 2008. His graduate studies focused on complementary metal-oxide semiconductor (CMOS)-based sensors for lab-on-chip applications. In recognition of his research achievements, he received several fellowship awards including a Postdoctoral Fellowship (PDF) from the Natural Sciences and Engineering Research Council of Canada (NSERC). Then he continued his PDF research studies in Electrical Engineering at the McGill University (Montreal, Canada) and in Bioengineering, at the University of California, Berkeley. As Assistant Professor, in 2013, Ebrahim joined the Department of Electrical Engineering and Computer Science (EECS) in the Lassonde School of Engineering at York University where currently he is Associate Professor, Member of Graduate Programs of Departments of EECS and Biology, and Director of Biologically Inspired Sensors and Actuators (BioSA) research laboratory. His research is aimed at exploring novel integrated sensors and actuators for life science applications. Since 2013, Professor Ghafar-Zadeh has published more than 100 journal and conference articles and trained more than 40 highly qualified personnel (HQP) in the fields of Electrical Engineering and Biology. He is Senior Member of the IEEE and a licensed Professional Engineer in the province of Ontario.

Saghi Forouhi is a postdoctoral researcher at York University (Department of Electrical Engineering and Computer Science (EECS), Biologically Inspired Sensors and Actuators (BioSA) Laboratory), Canada. She received the B.Sc. and M.Sc. degrees in Electrical Engineering from Guilan University, Iran, in 2010 and 2012, respectively. Then, she completed her Ph.D. at Isfahan University of Technology (IUT) in 2019 in an active collaboration between IUT and York University. Her research interests lie in the area of biologically inspired micro-systems, CMOS sensors, circuits, and systems.