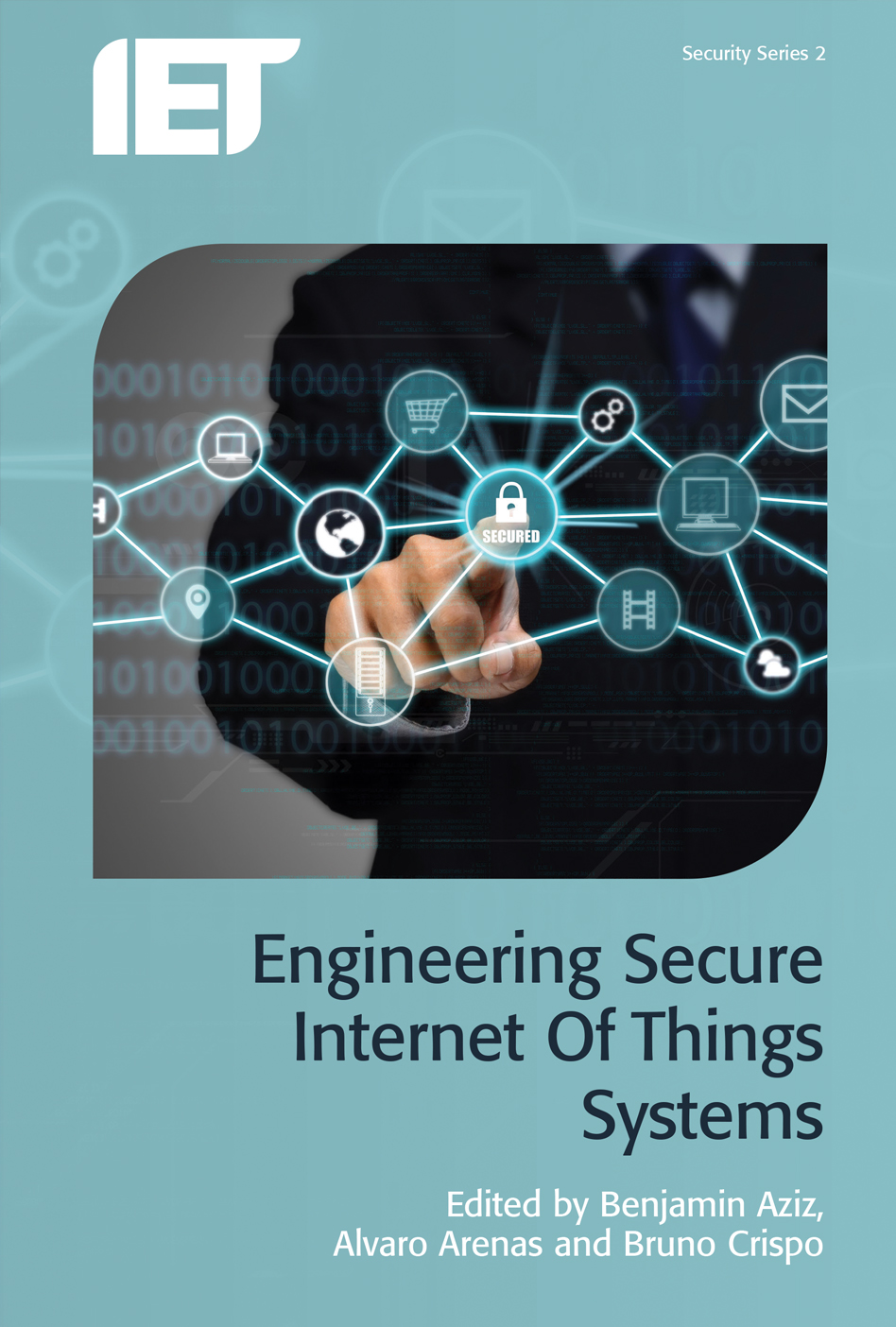 
The Internet of Things (IoT) - the emerging global interconnection of billions of 'smart' devices - will be collecting increasing amounts of private and sensitive data about our lives, and will require increasing degrees of reliability and trustworthiness in terms of the levels of assurance provided with respect to confidentiality, integrity and availability. This book examines these important security considerations for the IoT.

Topics covered include a security survey of middleware for the IoT; privacy in the IoT; privacy and consumer IoT - a sensemaking perspective; a secure platform for smart cities and IoT; model - based security engineering for the IoT; federated identity and access management in IoT systems; the security of the MQTT protocol; securing communications among severely constrained, wireless embedded devices; lightweight cryptographic identity solutions for the IoT; and a reputation model for the IoT.

Benjamin Aziz is a senior lecturer at the School of Computing, University of Portsmouth, UK. His research in the field of computer and information security spans more than 15 years and he has published over 80 articles, papers, reports and book chapters in these areas. Dr Aziz is a member of several international working groups including the Cloud Computing Security Alliance, ERCIM Formal Methods for Industrial and Critical Systems, ERCIM Security and Trust Management and IFIP WG 11.3 on Data and Application Security and Privacy. He is an Associate Editor-in-Chief of International Journal of Security and an Associate Editor of Security and Communications Networks.

Alvaro Arenas is Professor of Information Systems at IE Business School, Madrid, Spain, where he leads the School activities on cybersecurity and trust management. He was the scientific coordinator of the EU GridTrust project, led the security work in the EU XtreemOS project, and the topic of "trust and security in large-scale distributed systems" within the ERCIM CoreGRID Working Group. His research has been published in a number of top tier academic journals and international conferences. He is a Senior Member of ACM and a member of AIS.

Bruno Crispo is Professor at the Department of Computer Science at the KU Leuven in Belgium and at the University of Trento in Italy. His main research interest lies in system and network security, mobile devices and RFID security and privacy and behavioural biometrics. He has published more than 120 papers in scientific journals and international conferences. He is an Associate Editor of the ACM Transactions on Privacy and Security. He is a Senior Member of IEEE.