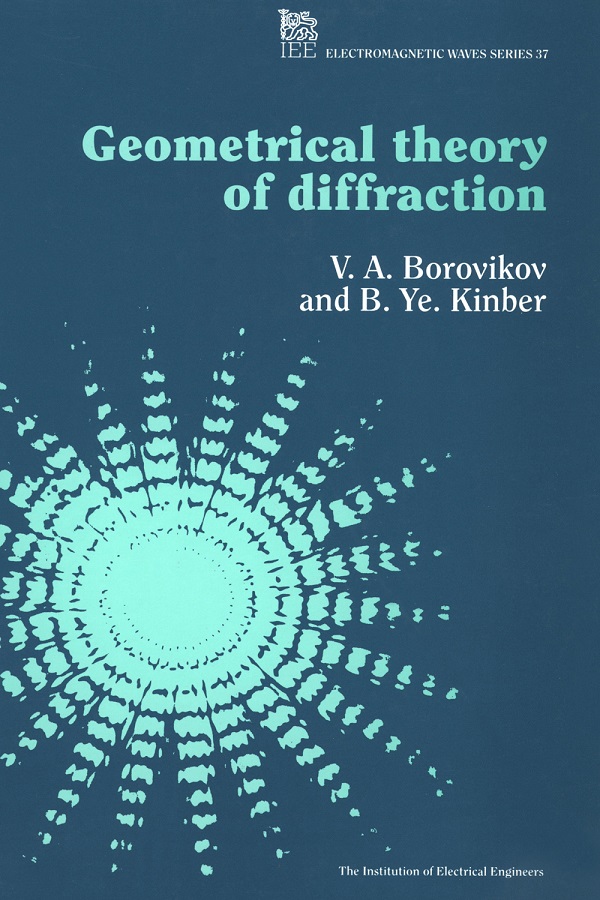 
The geometrical theory of diffraction (GTD) is an efficient method of analysis and design of wave fields. It is widely used in antenna synthesis in microwave, millimetre and infra-red bands, in circuit engineering and laser system design. It is a convenient tool for tackling the problems of wave propagation and scattering at bodies of complex shape. The method combines the simplicity and physical transparency of geometrical optics with high computational accuracy over a wide dynamic range of quantities analysed. The advantage of GTD is particularly pronounced in applications where the wavelength is small compared with the typical size of scatterers, i.e. in situations where the known analytical techniques - variational calculus and numerical analysis - are no longer applicable.

This book painstakingly systematises the ideas underlying GTD, gives a detailed explanation of the modern state of the theory within the bounds of its validity, and elucidates its relationships with other popular asymptotic theories - the methods of physical optics and edge waves.

The book is designed for scientists, engineers and postgraduate students involved in electromagnetics, radio engineering and optical system design.

V.A. Borovikov (b. 1932) graduated from the Mechanical and Mathematical Department of Moscow University. He has worked as a researcher in the Institute of Applied Mathematics of the USSR Academy of Sciences and, since 1980, in the Institute of Problems of Mechanics, Moscow. His scientific achievements relate to the use of asymptotic methods in analysis and differential equations, diffraction theory and the problems of internal gravity waves in the ocean. He is Professor of Mathematical Physics at the Moscow Physicotechnical Institute.

B.Ye. Kinber (1922-1991) was involved in a wide range of research at the Institute of Physicotechnical and Radio Engineering Measurements, the Institute of Optical and Physical Measurements and the Radio-Physical Institute, Moscow. As Professor of Physics he lectured at the Moscow Physicotechnical Institute. His main interests were the theory of mirror reflectors and the development and applications of geometrical optics and GTD.