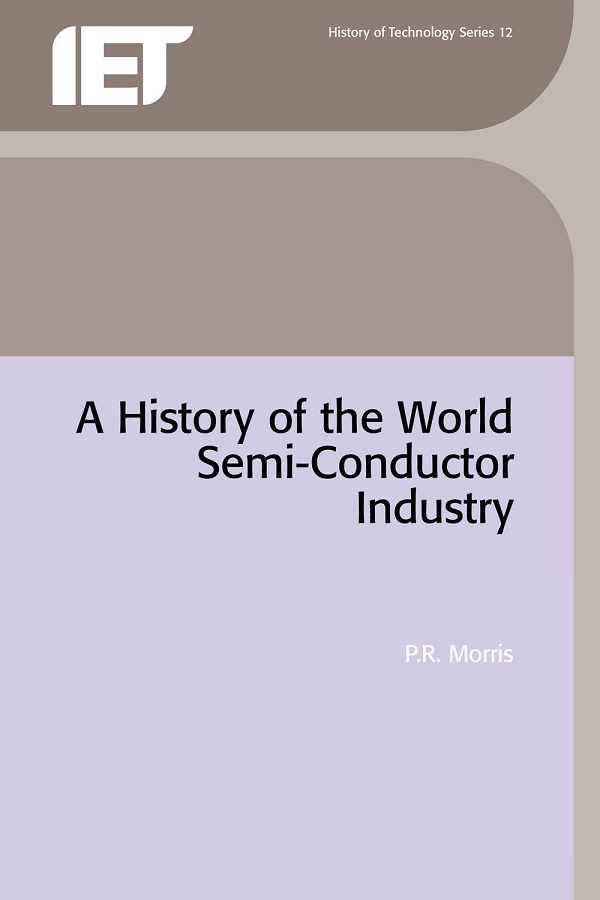 A History of the World Semiconductor Industry


The book describes the development of semiconductor manufacture on a worldwide basis, from its early beginnings to date. Its approach is wide-ranging, encompassing early experimental work rooted in nineteenth century science, and it includes a brief historical review of the thermionic valve, which played an important part in the genesis of the semiconductor industry. The contents include a description of the establishment and subsequent development of semiconductor manufacture within the various nation states. Although not a technical treatise, major device types and manufacturing processes used in semiconductor fabrication are outlined. Factors affecting the performance of the industry within the major national participants are discussed, and the relationship of the industry to science and technology is also considered.

The book should be of interest to scientists and engineers, technical historians, and indeed anyone with an interest in the development of a modern, all-pervading technology.

Peter Robin Morris is now living in Malvern, having recently retired from Southampton Institute of Higher Education where he held the position of senior lecturer in the Department of Systems and Communications Engineering. Before this, he worked within the electronics industry as a semiconductor engineer, in both British and American firms.

After gaining a Diploma in Communications Engineering and Electronics at Southampton Institute, he obtained a BA degree from the Open University in History, and an MPhil from the University of Bath, where he currently holds a visiting research fellowship.

Mr Morris is a member of both the IET and the IEEE. He is at present engaged in research into the development of the semiconductor industry within the United Kingdom.