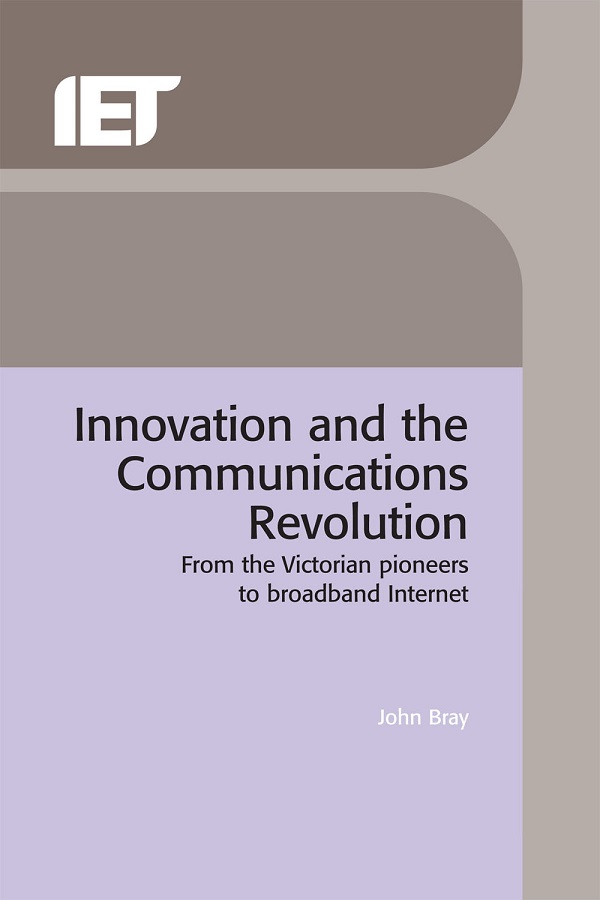 Innovation and the Communications Revolution

From the Victorian pioneers to broadband Internet


This book describes the stage-by-stage creation and development, from the mid-nineteenth century to the present day, of the remarkable global communications technologies that have profoundly transformed the way that people live and work.

Written in a highly readable style, this book provides a fascinating account of the key innovators from Faraday, Maxwell and Hertz to the inventors of the transistor, microchip, optical fibre systems and the World Wide Web. The book explores the background and motivation of these pioneers and the social and economic environment in which they worked. The significance of each innovative step is shown in terms of the impact - in scale and relevance - on today's communications world. John Bray also looks to the future for innovations yet to come.

This book will be interest to all those interested in the human thread running through the history of technological advances in telecommunications and broadcasting.

John Bray was Director at the British Post Office Research Station, Dollis Hill, and later at the British Telecommunications Research Laboratories, Martlesham Heath, UK. He began his career with the British Post Office as an Assistant Engineer working on short-wave radio and went on to develop microwave radio relays for intercity communication. This led to the building of the BT Tower in London. In the 1950s, he studied telecommunications in the US, visiting Bell Labs and the Federal Communications Commission. He was responsible for the building of the BPO Satellite Communication Earth Station at Goonhilly Downs in Cornwall, which carried the first television transmission to the US via the TELSTAR satellite in 1962. He was Chairman of the Radio Consultative Committee of the International Consultative Committee of the ITU. In retirement he continued to work as Visiting Professor and external examiner at Imperial College London and UCL. His life-long work in telecommunications was recognised with a CBE, awarded in 1975.