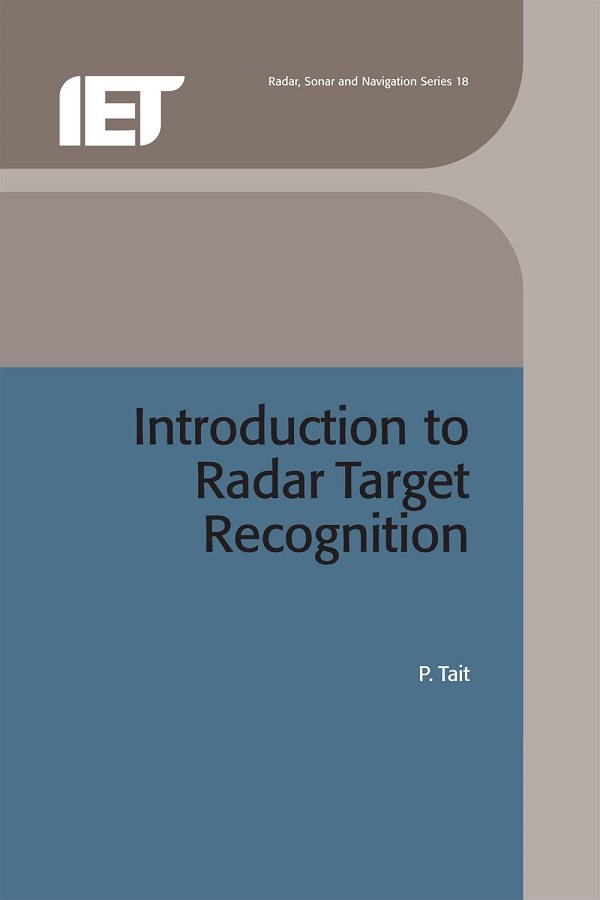 
This book text provides an overview of the radar target recognition process and covers the key techniques being developed for operational systems. It is based on the fundamental scientific principles of high resolution radar, and explains how the underlying techniques can be used in real systems, taking into account the characteristics of practical radar system designs and component limitations. It also addresses operational aspects, such as how high resolution modes would fit in with other functions such as detection and tracking.

Peter Tait is currently Head of High Resolution Radar and Non Co-operative Target Recognition at BAE Systems Integrated System Technologies. He joined the Marconi Research Laboratories in 1974 after graduating in Physics from Imperial College, London University with first class honours. He initially worked in the field of radar and communications receiver research. From 1986 he led the core target recognition research programme in GEC-Marconi and the group developing the technology for high resolution modes for company radars including Captor for the Typhoon fighter aircraft. He then spent two years on the Captor programme as Technical Adviser to the Euroradar Board of Directors and in 1997 became Chief Engineer of Sensors Division. In 2000 he joined the predecessor company to BAE Systems in his current post to develop target recognition technology for naval and land-based surveillance, tracking and phased array radars. He is a member of NATO air and ground target recognition working groups and is a reviewer for IEE journals. He has been granted several UK and worldwide patents, has presented papers at several international conferences and is known internationally for his expertise in target recognition. In 2001 he won the BAE Systems Chairman's Silver Innovation Award for inventing techniques for detecting plastic land mines. In 2004 he was presented by the United Kingdom Government Minister for Technology and Innovation with a world class company innovation award for his work in target recognition technology.