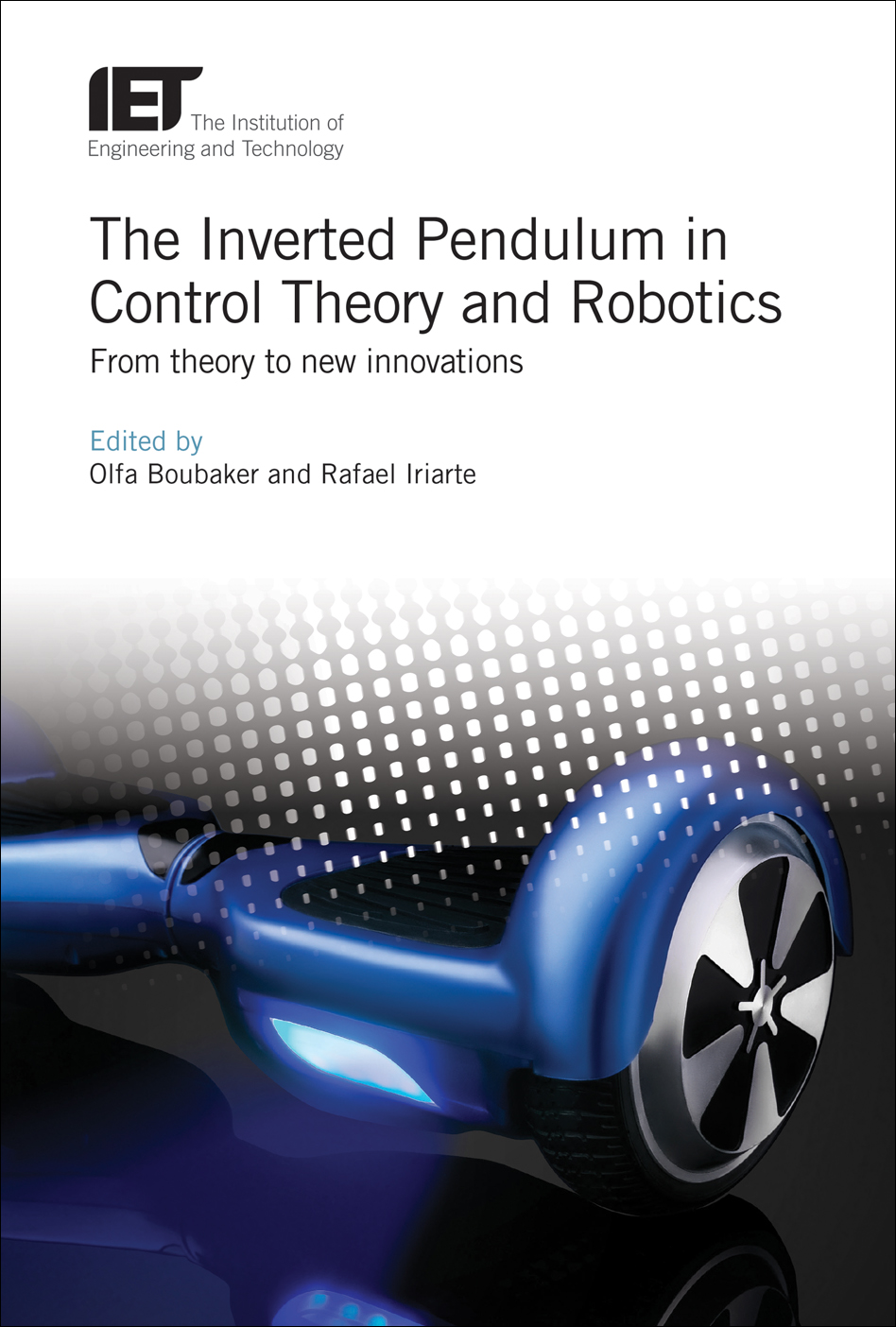 The Inverted Pendulum in Control Theory and Robotics

From theory to new innovations


The inverted pendulum is a classic problem in dynamics and control theory and is widely used as a benchmark for testing control algorithms. It is also an area of active study, with many new innovations and applications - for example the problem is solved in the technology of the Segway, a self-balancing transportation device.

This book provides an overall picture of historical and current trends and developments in nonlinear control theory, based on the simple structure and rich nonlinear model of the inverted pendulum. After an introduction to the system and open/current problems, the book covers the topic in four parts: applications of robust state estimation and control to pendulum-cart systems; controllers for under-actuated mechanical systems; nonlinear controllers for mobile inverted pendulum systems; and robust controllers based observers via Takagi-Sugeno or linear approaches.

With contributions from international researchers in the field, The Inverted Pendulum in Control Theory and Robotics is essential reading for researchers, scientists, engineers and students in the field of control theory, robotics and nonlinear systems.

Professor Olfa Boubaker is Full Professor at the National Institute of Applied Sciences and Technology (INSAT), University of Carthage, Tunisia, and Head of the 'Energy, Robotics, Control and Optimization' Research Laboratory at INSAT. She is a member of the scientific editorial board of the International Journal of Advanced Robotic Systems and Guest Editor for the journals Complexity and Mathematical Problems in Engineering and Regional Editor of the Elsevier Book series Emerging Methodologies and Applications in Modelling, Identification and Control. She is the principal author of two books, and the author/coauthor of over 100 peer-reviewed papers.