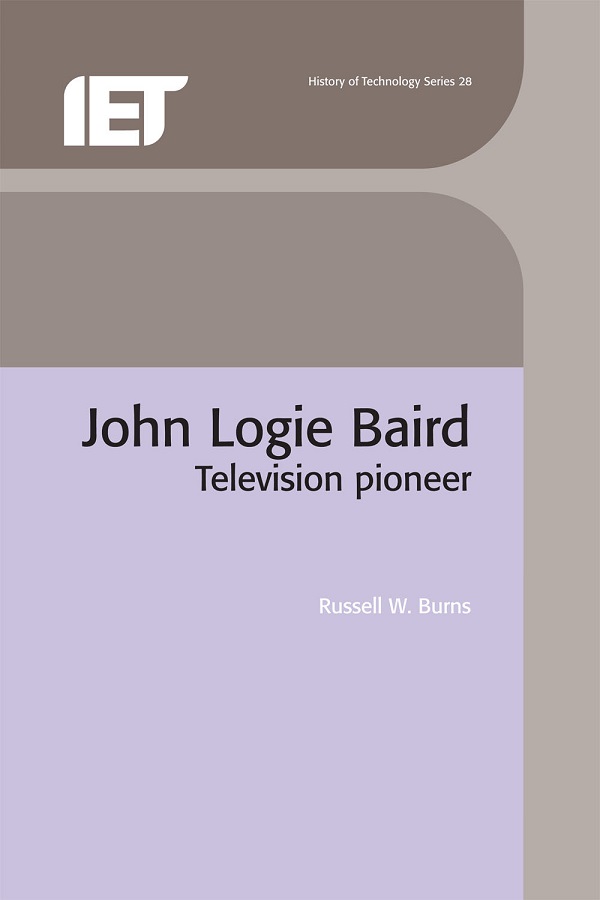 
Professor Russell Burns attempts to offer a balanced biography of one of the twentieth century's outstanding inventors, published to coincide with the 75th anniversary of Baird's first public demonstration of a rudimentary television system. The author's meticulous treatment is based on primary source documents although many personal recollections are included to add humour, colour and context. A great deal of material regarding Baird's business partnerships in the early 1920s has only recently become available to researchers and is covered here for the first time.

Baird is credited in Britain and elsewhere as the inventor of television, realising a quest which for fifty years had engaged the attention of inventors, scientists and engineers. When he started work he had no regular income, no research experience and no laboratory or workshop, his work had no funding or commercial sponsorship, and initially he had no expert help. Having demonstrated a rudimentary system in early 1926 he then developed many other aspects of television and aspired to launch a low-definition television broadcasting service. To raise capital he entered various business partnerships. Holding many patents, he could have retired wealthy but he chose instead to develop his ideas further, focusing on cinema, colour and stereoscopic television, so that when he died he left only £7000.

The book illuminates Baird's life and work in many interesting ways. For example, how did Baird's technical strategy and development compare with the work undertaken in industrial laboratories? How did his development policy compare with the development of wireless by Marconi? Was his 'invention' in 1925 really outstanding?

Russell W. Burns graduated from the University of Durham in 1948 with a first class honours degree in physics. Following post-graduate research he joined the Royal Naval Scientific Service in 1952. Professor Burns subsequently held various appointments in higher education in the UK and abroad, obtaining his PhD from the University of Leicester in 1976, and retired in 1989. He has been researching and writing on the history of electrical engineering for more than 30 years. He was awarded the IEE's SET Divisional Board Premium in 1993 and shared the Maxwell Premium in 1994. An IEE Fellow, Professor Burns is a past chairman of the IEE's History of Technology professional group, Archives Committee and Science Education and Technology Divisional Board.