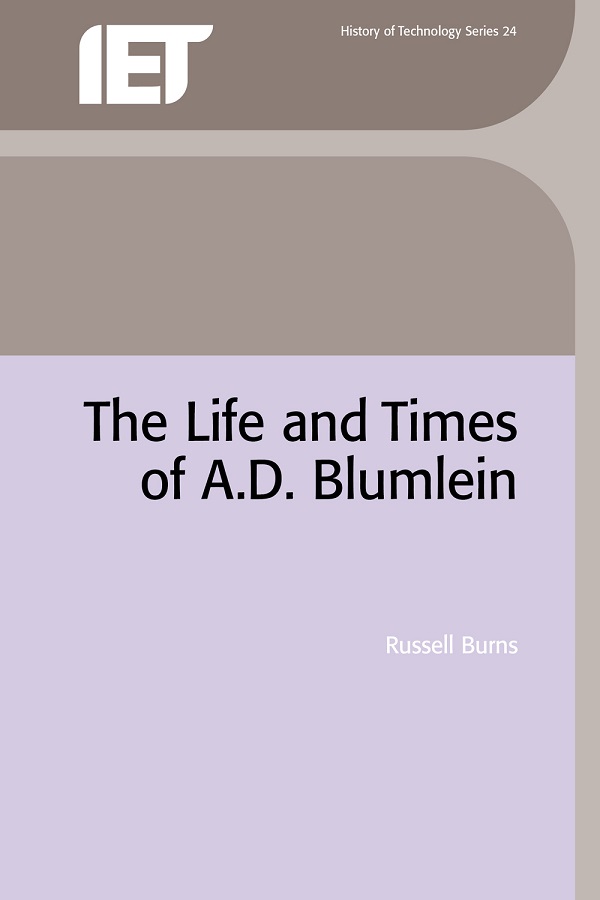 The Life and Times of A.D. Blumlein


Alan Dower Blumlein was a genius and has been described as the greatest British electronics engineer of the twentieth century. Although he was tragically killed at the age of 38, he contributed enormously to the fields of telephony and electrical measurements, monophonic and stereophonic recording and reproduction, high definition television, electronics, antennas and cables, and radar systems of various types. His accidental death in June 1942 was described by an Air Chief Marshal as 'a catastrophe', and the Secretary of State for Air said that 'it would be impossible to over-rate the importance of the work on which [Blumlein was] engaged': his loss was a 'national disaster'. He was responsible for saving many thousands of lives during the Second World War, and his endeavours in peacetime led to pleasure being given to millions of people.

This meticulous, extensively researched and well-referenced book presents a balanced account of the life and times of a brilliant engineer. It is certain to be the major biographical source on Blumlein for all historians of technology and science.

Russell Burns held various appointments in higher education before retiring in 1986. He has been researching and writing on the history of electrical engineering for more than 25 years. His publications include the three books British Television: the formative years, Radar Development to 1945 and Televisions: an international history of the formative years, as well as over 50 papers. An IET fellow, Professor Burns is a past chairman of the IET's History of Technology professional group, Archives Committee and Science Education and Technology Divisional Board.