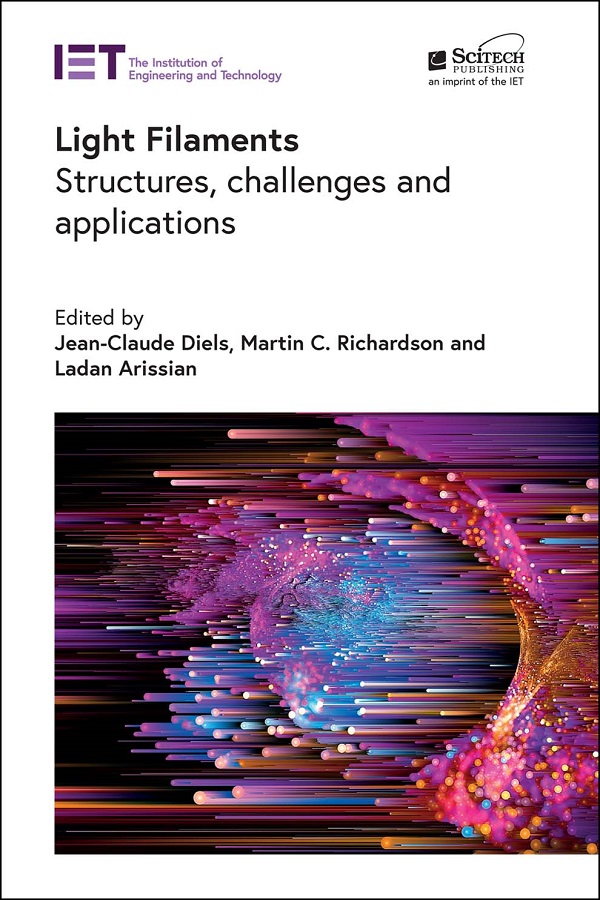 
A laser of sufficient intensity traveling through air will - by itself - engineer a narrow channel over which light will propagate for tens or even hundreds of meters. Such filaments of laser light were first created at the end of the twentieth century, and investigators are now beginning to explore new applications for them.

Light Filaments: Structures, challenges and applications brings together exciting results from this area of research. With the development of high repetition rate sources, new aspects of waveguiding are emerging based on the hydrodynamic perturbation created by each filamenting pulse. This book is organized from general overviews to more specialized topics and is aimed at those involved in lasers and other optical wave propagation systems.

The goal of this book is to cover the multiple aspects of light filamentation from strong field ionization and molecular properties to laser development and beam shaping, and the wide range of radiation associated with it from THz, lasing in air to supercontinuum generation. The book starts with tutorial chapters about the science of filamentation, followed by in depth chapters on the latest research, technologies and applications in atmospheric studies, guiding waves, laser induced discharge and lightning.

This book is the result of a Multidisciplinary University Research Initiatives (MURI) Program on light filaments from the USA Army Research Office.

Jean-Claude Diels is a professor at the Department of Physics and Astronomy at the University of New Mexico, USA. He co-authored the book, Lasers: The Power and Precision of Light, celebrating the 50th anniversary of the laser, and the graduate Textbook: Ultrashort Laser Pulse Phenomena. He received the 2006 Engineering Excellence Award of the Optical Society of America. His lab pioneered the field of filamentation in air.

Martin C. Richardson is a professor at the College of Optics and Photonics at the University of Central Florida. He has published over 400 scientific articles in professional scientific journals and presented numerous invited and plenary talks. He holds more than 20 patents and has chaired many international conferences, including IQEC, ICHSP, and several SPIE meetings. He is a former Associate Editor of JQE, a recipient of the Schardin Medal, and a Fellow of OSA.

Ladan Arissian holds the appointment of physicist at the National Institute of Standards and Technology (NIST) in Boulder, CO, USA. She previously held the position of a Research Associate Professor at the University of New Mexico in Albuquerque and an Adjunct Professor at the University of Ottawa in Canada. Her areas of expertise are ultrafast optics, precision spectroscopy, and strong-field physics.