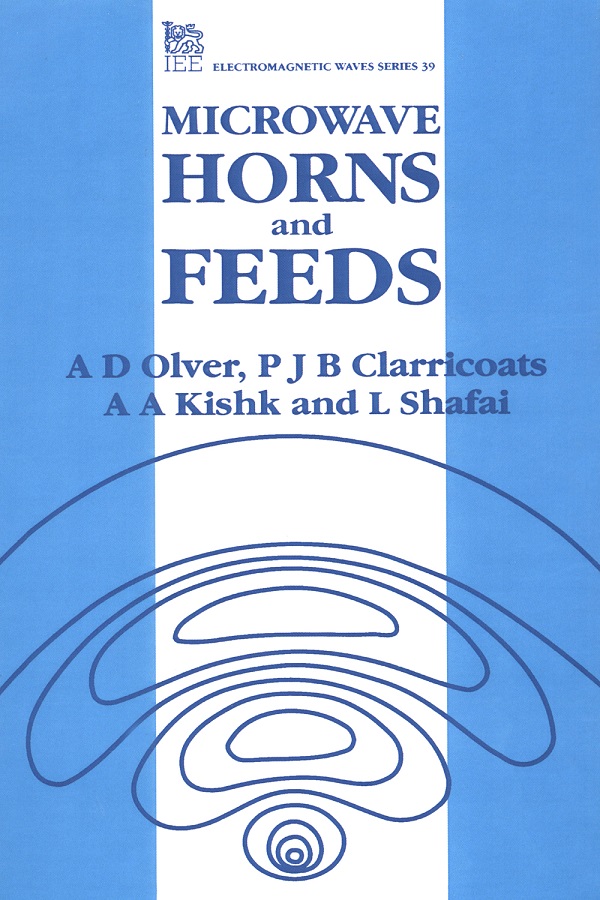 
This book is the first comprehensive treatment of microwave horns and feeds for reflector antennas for use in satellite and terrestrial communications, radar and radio astronomy. The feed for a reflector antenna is a crucial component because the performance of the reflector depends on a good feed to collect or radiate signals.

The book presents the principles and applications of reflector and horn antennas with emphasis on the developments of the last decade. The background theory is included and the analytical techniques are explained. Extensive design data and numerous examples of practical horn and feed antennas are given.

The book is a collaboration between four authors, bringing together an unrivalled knowledge of analytical techniques and experience in designing horns, feeds and reflector antennas. The book should be of value to both the research worker and the designer of practical feeds for reflector antennas.

David Olver is Professor of Electronic Engineering at Queen Mary and Westfield College, University of London, UK. He has researched extensively in the field of microwave horns and feeds. He was an editor of 'The handbook of antenna design' (IEE, 1982) and coauthor, with Peter Clarricoats, of 'Corrugated horns for microwave antennas' (IEE, 1984). He is Chair of the URSI Commission B on Fields and Waves, and a Fellow of the IEE, the IEEE and the Royal Academy of Engineering.

Peter Clarricoats FRS is Professor and Head of the Department of Electronic Engineering at Queen Mary and Westfield College. He has researched and published on many aspects of reflector antennas and feeds. He has been an editor of the IEE's Electronics Letters - since its foundation in 1965 and holds many awards for outstanding research. He is a Vice President of URSI, an Honorary Fellow of the IEE and a Fellow of the IEEE and the Royal Academy of Engineering.

Ahmed Kishk is an Associate Professor in the Department of Electrical Engineering at the University of Mississippi, USA, having gained research degrees at the University of Manitoba. His current interests include electromagnetics and antenna design for small antennas and microstrip antennas. He has published many papers and coauthored a chapter in the 'Handbook of microstrip antennas' (IEE, 1989). He is a Senior Member of the IEEE and an Editor of the IEEE Antennas and Propagation Magazine.

Lotfollah Shafai is Professor and holder of the Electromagnetics Chair in the Department of Electrical Engineering at the University of Manitoba, where he runs an internationally respected research group. His main interests are in applied electromagnetics, antennas and computer aided design. He is recipient of numerous awards, including the University of Manitoba Merit Award in Research and the IEE Maxwell Premium Award. He is a Fellow of the IEEE.