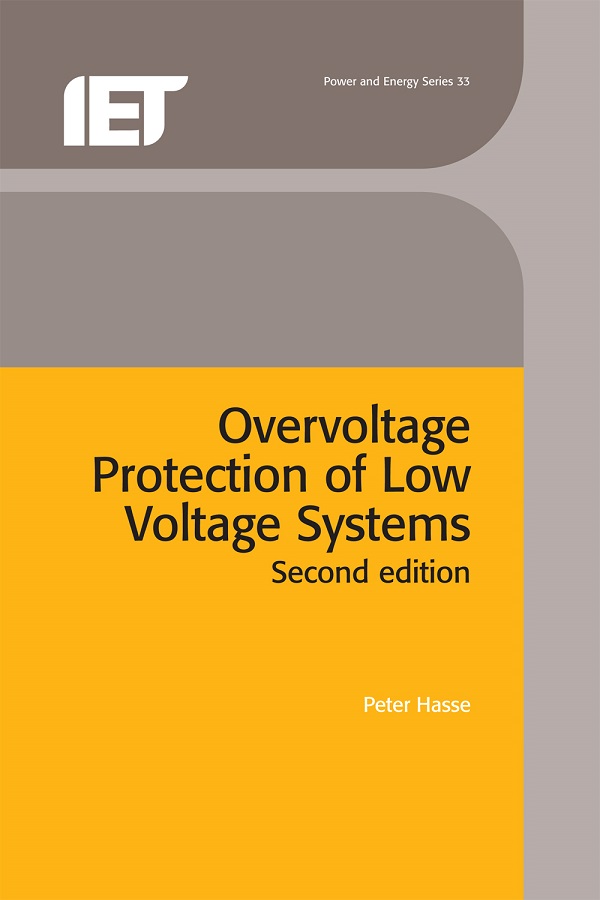 
This book surveys some of the techniques available to protect low-voltage electrical and electronic equipment and systems from lightning strikes and other power surges. The book examines the basic discharge processes in air and their effects, through transient electromagnetic field generation and interaction with overhead lines and underground cables. Attention is paid to the use of models for lightning protection and the book focuses on protection techniques based on modelled lightning protection zones. This is then logically developed in a major section on the practical components and applications of protective measures and systems, as well as testing techniques. These are placed in the context of current IEC and VDE standards. The book is highly illustrated with a vast number of photographs as well as system diagrams and tabular matter.

Dr.-Ing. Peter Hasse originally studied electrical and power engineering at the Berlin Technical University and graduated to Dr.-Ing. from the Adolf-Mattias-Institute for high voltage engineering. In 1973 he joined the research and development department of the Dehn + Söhne company in Neumarkt/Opf, where he was instrumental in developing lightning and overvoltage protection systems. His career for the company progressed and since 1981 he has been Managing Director. He has also played a significant role in national and international standards-making bodies in the area of lightning protection. He is a member of various technical associations and institutions, and lectures regularly on this subject. He is widely published in several languages.