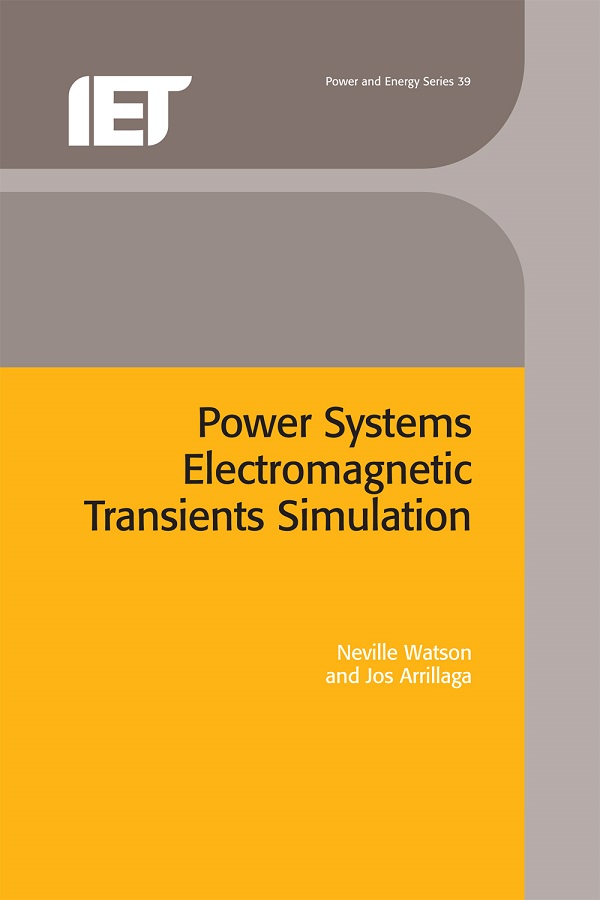 
Accurate knowledge of electromagnetic power system transients is crucial to the operation of an economic, efficient and environmentally-friendly power system network, without compromising on the reliability and quality of the electrical power supply. Simulation has become a universal tool for the analysis of power system electromagnetic transients and yet is rarely covered in-depth in undergraduate programmes. It is likely to become core material in future courses.

The primary objective of this book is to describe the application of efficient computational techniques to the solution of electromagnetic transient problems in systems of any size and topology, involving linear and nonlinear components. The text provides an in-depth knowledge of the different techniques that can be employed to simulate the electromagnetic transients associated with the various components within a power system network, setting up mathematical models and comparing different models for accuracy, computational requirements, etc.

Written primarily for advanced electrical engineering students, the text includes basic examples to clarify difficult concepts. Considering the present lack of training in this area, many practising power engineers, in all aspects of the power industry, will find the book of immense value in their professional work.

Neville R. Watson received BE(Hons.) and PhD degrees in 1984 and 1988, respectively, from the University of Canterbury, New Zealand, where he is now a senior lecturer. He is co-author of three other books, has contributed several chapters to a number of edited books and has been published in nearly 120 other publications.

Jos Arrillaga received PhD and DSc degrees in 1966 and 1980, respectively, from UMIST, Manchester, UK, where he led the Power Systems Group between 1970 and 1974. Since 1975, he has been a Professor of Electrical Engineering at the University of Canterbury, New Zealand. He is the author of five other books, several book chapters and about 300 other publications. He is a Fellow of the IET, the IEEE, the Academy of Sciences of New Zealand and the Royal Society of New Zealand. He was the recipient of the 1997 Uno Lamm medal for his contributions to HVDC transmission.