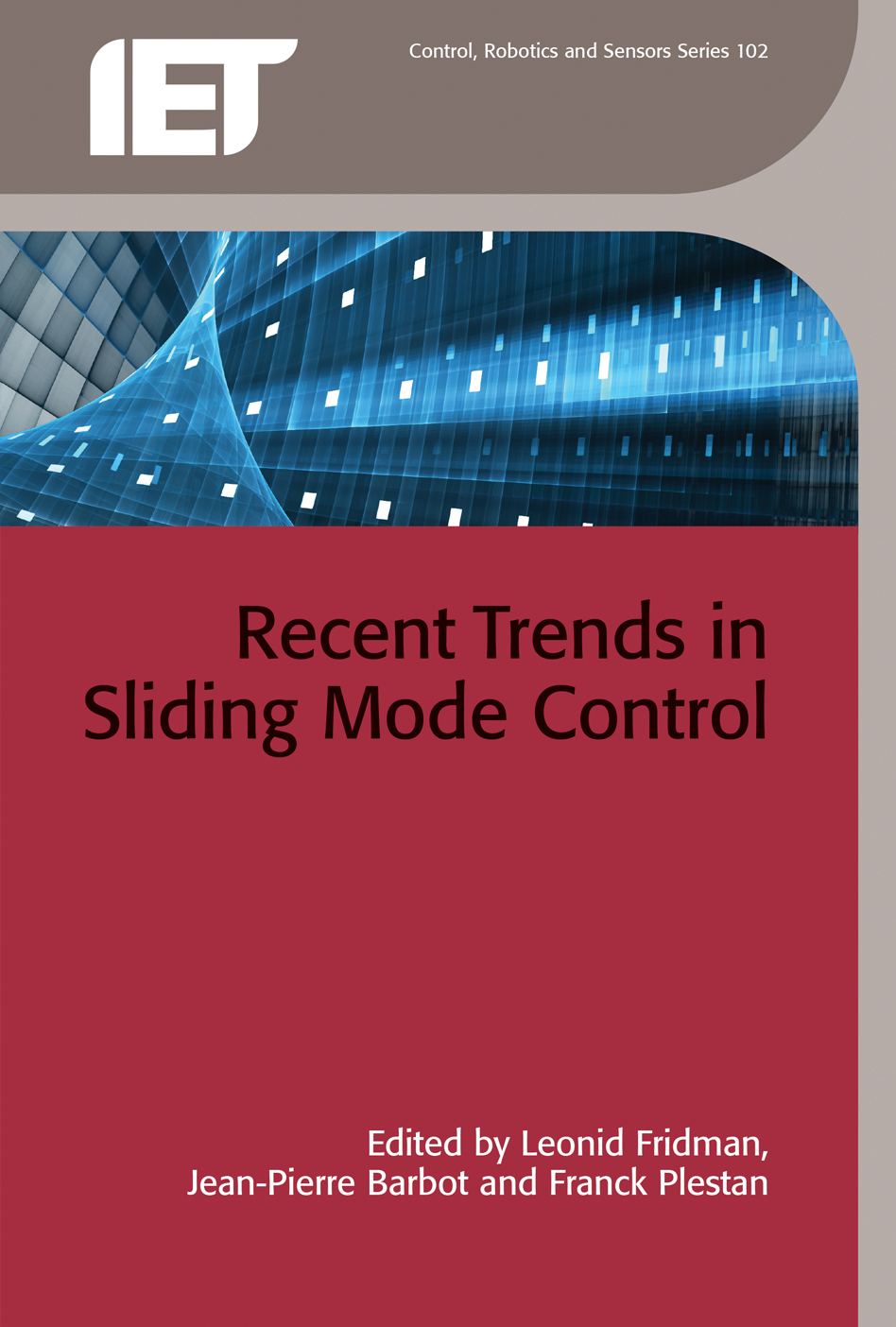 
In control theory, sliding mode control, or SMC, is a nonlinear control method that alters the dynamics of a nonlinear system by application of a discontinuous control signal that forces the system to 'slide' along a cross-section of the system's normal behaviour. This book describes recent advances in the theory, properties, methods and applications of SMC.

The book is organised into four parts. The first part is devoted to the design of higher-order sliding-mode controllers, with specific designs presented in the context of disturbance rejection by means of observation and identification. The second part offers a set of tools for establishing different dynamic properties of systems with discontinuous right-hand sides. Time discretization is addressed in the third part. First-order sliding modes are discretized using an implicit scheme - higher-order sliding-mode differentiators, typically used in output-feedback schemes, are discretized in such a way that the optimal accuracy of their continuous-time counterparts is restored.

The last part is dedicated to applications. In the context of energy conversion, sliding-mode control is applied to variable-speed wind turbines, fuel cell coupled to a power converter, rugged DC series motors and rectifiers with unity power factor, and electropneumatic actuator. Finally, an event-triggered sliding-mode scheme is proposed for networked control systems subject to packet loss, jitter and delayed transmissions.

Leonid Fridman received a Ph.D. degree in applied mathematics from the Institute of Control Science, Moscow, Russia, in 1988, and a Dr. Sc. degree in control science from Moscow State University of Mathematics and Electronics, Moscow, Russia, in 1998. Since 2002, he joined the Department of Control Engineering and Robotics, Division of Electrical Engineering of Engineering Faculty at National Autonomous University of Mexico (UNAM), Mexico. His research interests are Variable Structure Systems, and he is currently a Chair of TC on Variable Structure Systems and Sliding mode control of IEEE Control Systems Society, Associated Editor of the Journal of Franklin Institute, and Nonlinear Analysis: Hybrid Systems. He is an author and editor of eight books and fifteen special issues devoted to the sliding mode control. He is a winner of Scopus prize for the best cited Mexican Scientists in Mathematics and Engineering 2010.

Jean-Pierre Barbot is Professor at ENSEA Cergy-Pontoise, France. He is currently director of the Quartz Laboratory EA 7393 and member of EPI Non-A at INRIA. After his graduation from the Ecole Normale Supérieure of Cachan, he received the Ph. D. degree in automatic control from the University of Paris XI (France) in 1989 and the HDR in 1997. His main research activities deal with sliding mode control and observation, system under sampling, hybrid system, delay system, synchronization of chaotic system, normal form and recently Compressive Sensing. His main application domains are electrical machine, power converter.

Franck Plestan received the Ph.D. in Automatic Control from the Ecole Centrale de Nantes, France, in 1995. From September 1996 to August 2000, he was with Louis Pasteur University, Strasbourg, France. In September 2000, he joined the Ecole Centrale de Nantes, Nantes, France where he is currently Professor. His research interests include robust nonlinear control (especially sliding mode) and observer design, with several fields of applications (electropneumatic actuators, flying systems, automotive).