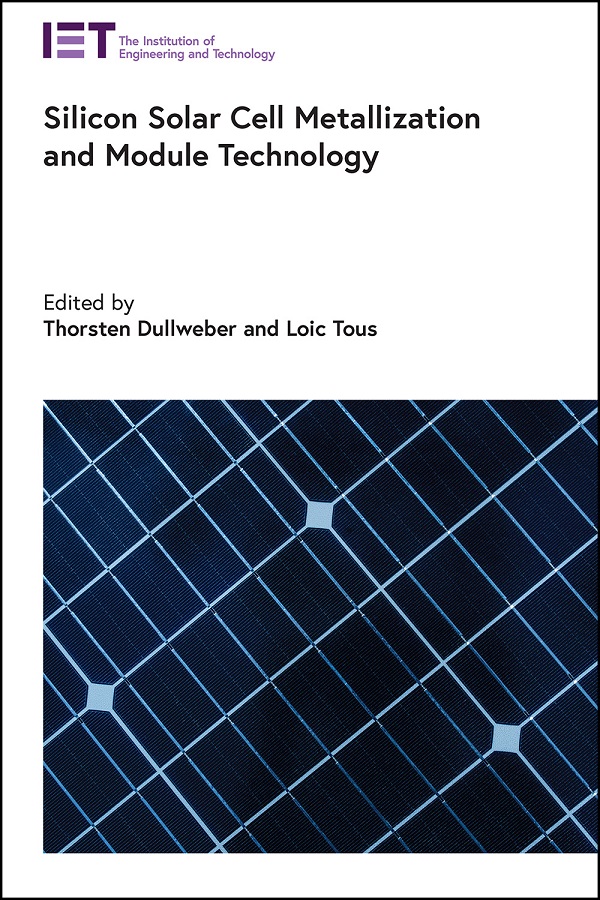 
In solar cell production, metallization is the manufacturing of metal contacts at the surfaces of solar cells in order to collect the photo-generated current for use. Being one of the most expensive steps in solar cell fabrication, it plays both an electrical and an optical role, because the contacts contribute to shading, and to the series resistance of solar cells. In addition, metal contacts may reduce the solar cells voltage due to charge carrier recombination at the metal / silicon interface. Addressing these challenges could increase solar cell conversion efficiency while cutting their production costs.

Written by a selection of world-renowned experts, the book provides researchers in academia and industry, solar cell manufacturing experts and advanced students with a thorough and systematic guide to advanced metallization of solar cells.

Thorsten Dullweber leads the R&D group Industrial Solar Cells at the Institute for Solar Energy Research Hamelin (ISFH), Germany. His research focuses on high efficiency industrial silicon solar cells with screen-printed metal contacts. Before joining ISFH, Dr. Dullweber worked for 9 years as a project leader at Siemens AG and later Infineon Technologies AG. He is a member of the Scientific Committee of the EU-PVSEC conference and of the Editorial Board of Photovoltaics International.

Loic Tous is the R&D team leader of the PV Cells and Module team at the Interuniversity Microelectronics Centre (IMEC), Belgium. His research areas include silicon solar cells, advanced interconnection technologies semiconductor processing and fabrication, and the development of PV modules for various applications. Since 2016, he has co-organized the Workshop on Metallization & Interconnection for Crystalline Silicon Solar Cells. He is coordinator of a large Horizon 2020 project on photovoltaics.