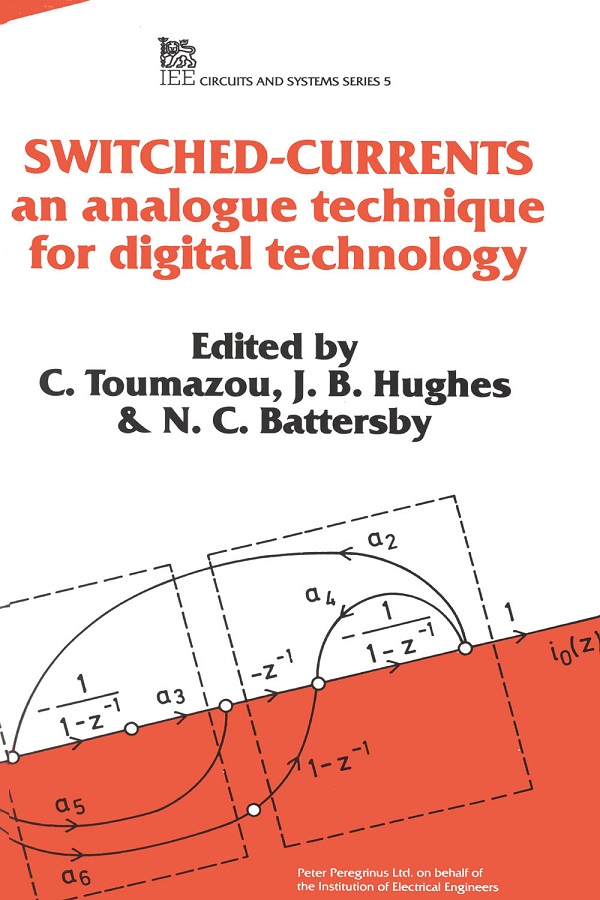 An analogue technique for digital technology


The switched-current technique is heralding a new era in analogue sampled-data signal processing. Unlike switched-capacitor circuits, switched-current circuits do not require linear floating capacitors or operational amplifiers and they are giving a renewed impetus to mixed-signal VLSI on standard digital technology. Key analogue designers from industry and academia worldwide have contributed to this first, very timely book entirely devoted to switched current analogue signal processing.

The book introduces the basic switched-current technique, reviews the state-of-theart and presents practical chip examples. Numerous application areas are described, ranging from filters and data converters to image processing applications. It also gives a very comprehensive treatment of the fundamental principles of switched-current circuits and systems.

The material in this book will be of benefit to students, both undergraduate and postgraduate, and researchers and circuit designers in academia and the electronics industry.

Chris Toumazou is Reader in Circuit Design at Imperial College of Science, Technology and Medicine, London, UK, in the Department of Electrical and Electronic Engineering. Some of his most notable research includes work on high-speed GaAs ICs, automated CAD for analogue circuits and current-mode analogue signal processing. He was co-editor of the book 'Analogue IC design: the current-mode approach', also in the IEE Circuits and Systems Series, which won the IEE 1990 Rayleigh Award. Chris was recipient of the 1992 IEEE Circuits and Systems Society outstanding young author award. He is a member of the organising committee of the IEE Professional Group covering Circuit Theory and Design and is currently chairman of the IEEE Circuits and Systems Society Technical Committee on Analog Signal Processing.

John Hughes is a Senior Principal Engineer with Philips Research Laboratories, UK. His recent work has been on integrated circuit research for memories, gigabit logic for PCM transmission, microprocessors and analogue circuits for subscriber loop systems. Currently, he is developing his pioneering work on switched-currents to produce an industrial computer-aided design package for the technique. He was awarded the Institution Premium of the IEE in 1991 and the Eurel Prize in 1992.

Nicholas Battersby received the M. Eng. (Hons) degree from the Department of Electrical and Electronic Engineering of Imperial College of Science, Technology and Medicine, London, UK, in 1989. He remained at Imperial College to pursue postgraduate research, receiving the Ph.D. degree in March 1993 and is continuing as a postdoctoral research assistant. His research has focused primarily on the design and application of switched-current circuits for analogue signal processing in a mixed-signal environment.