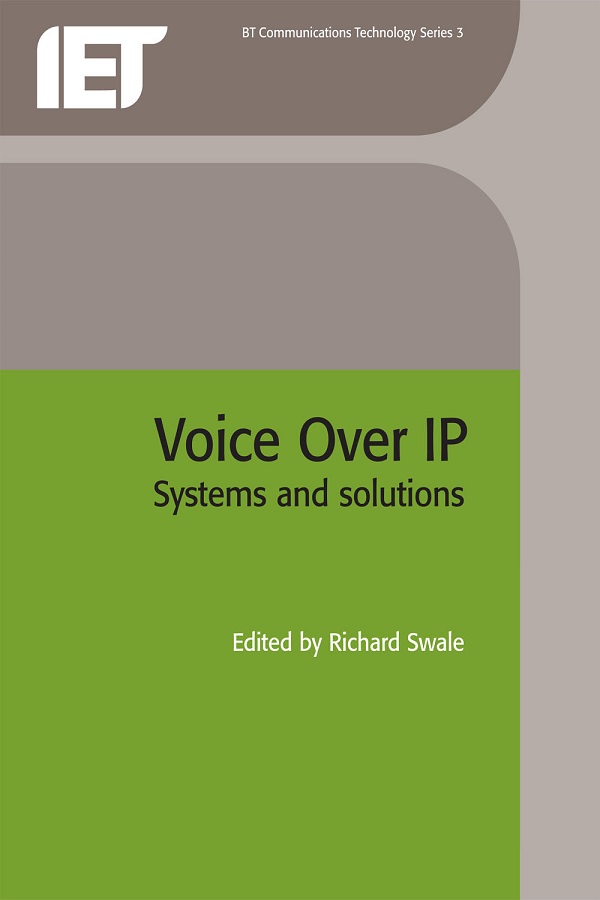 
Voice over Internet Protocol (VoIP) has recently evolved from a simple capability for transporting voice communications into a much more powerful technology capable of changing the way voice applications are constructed, delivered, marketed and sold. Whilst VoIP has clearly provided a focus for much debate within the telecommunications industry, there has been a clear gulf between hype and reality. However the questions now being asked have migrated from 'Will it work?' to 'What will the industry look like when it is delivered at scale?'

In Voice over IP: systems and solutions, Richard Swale has brought together key contributors from within the BT Group and externally, to cover all of the important issues surrounding telephony over IP networks. This authoritative book examines VoIP as a technology and its consideration within the industry, the motivations for VoIP networks, a review of the status of the major components of a VoIP network and their development, and both current and emerging applications. VoIP technology blurs the boundaries between fixed, mobile and multimedia communications and the implications are explored and discussed.

The primary market for this comprehensive book is telecommunications engineers and developers, service providers and regulators. However, all those with a technical or business interest in this rapidly developing area of communications technology will also find this book highly relevant.

Richard Swale is currently chief VoIP technologist within BTexact Technologies. He is also a contributor to the VoIP work in the IETF and a working group chair of ETSI's TIPHON project. He is responsible for setting technology assessment standards as well as various consulting activities, including BT's customerfacing account teams. He began his career as an apprentice at BT Laboratories and subsequently graduated from the University of Kent with a first class Honours degree in Electronic Engineering. Since then he has worked on data networks using IP protocols, CTI systems and intelligent network applications. After leading a group researching the application of high performance distributed computing, he then led the emerging development activity on VoIP, bringing together the multidisciplinary engineering team that delivered the BT Group's first network trial of VoIP in 1997. Since then, he has been involved with a number of VoIP projects including the launch of BT's first public VoIP services.