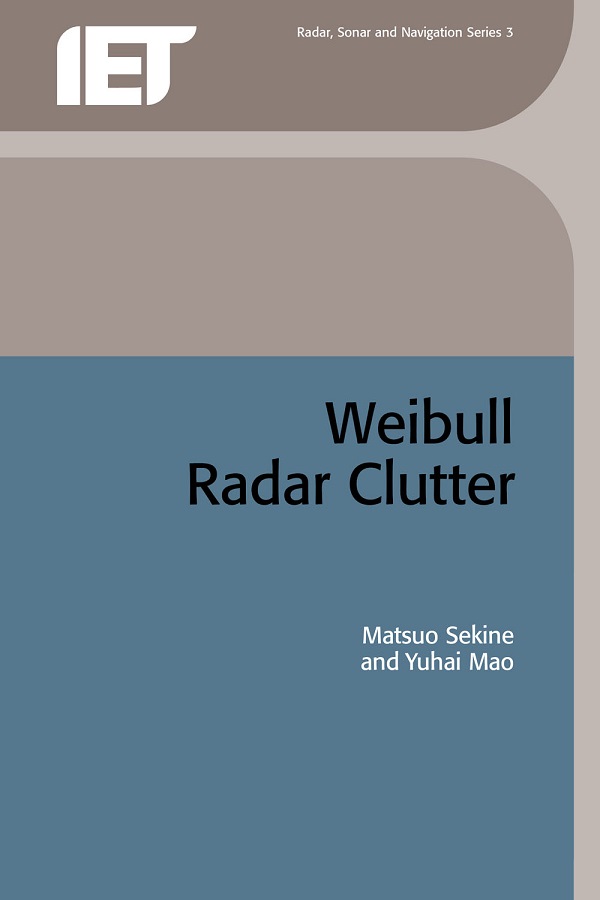 
The material presented in this book is intended to provide the reader with a practical treatment of Weibull distribution as applied to radar systems.

Topics include general derivation of Weibull distribution, measurements of Webull-distributed clutter, comparison of Webull distribution with various distributions including Rayleigh, gamma, log-normal and k- distributions, constant false alarm rate (CFAR) detectors for Weibull clutter, non-parametric CFAR detectors, and signal detection in the time and frequency domains. In particular, the Akaike Information Criterion (AIC), which is a rigorously mathematical fit of the hypothetical distribution to the data, is emphasised.

This book is written primarily for radar engineers. It is hoped that it will also be of value to teachers and graduate students and of interest to all who are working with Weibull distribution in various fields.

Yuhai H. Mao graduated in Radio Engineering from Tsinghua University, Beijing, China, in 1955. He worked as a lecturer in that Department from 1959 and became an Associated Professor in 1979, when he was appointed as the Head of the Signal Detection and Signal Processing Division. He worked as a Visiting Research Associate at the School of Electrical Engineering at Cornell University from 1980 to 1981. He received the 'First Class Prize of National Invention' in China in 1984 for his excellent contribution to frequency agility radar. He became a full Professor in 1985 and worked as Deputy Director of the Research Institute of Radio-Electronics at Tsinghua University. Invited by the Japan Society of Promotion of Science, he worked with Tokyo Institute of Technology as a Visiting Researcher from 1987 to 1988. He is the author of Frequency Agility Radar, published in 1981, and he is also the author of more than 37 papers. Professor Mao was elected as a Senior Member of the IEEE in 1983. He is also a Director of the Chinese Institute of Aeronautics, and a Fellow of the Chinese Institute of Electronics. He is currently on sabbatical leave and works at Stanford University as a Visiting Professor.