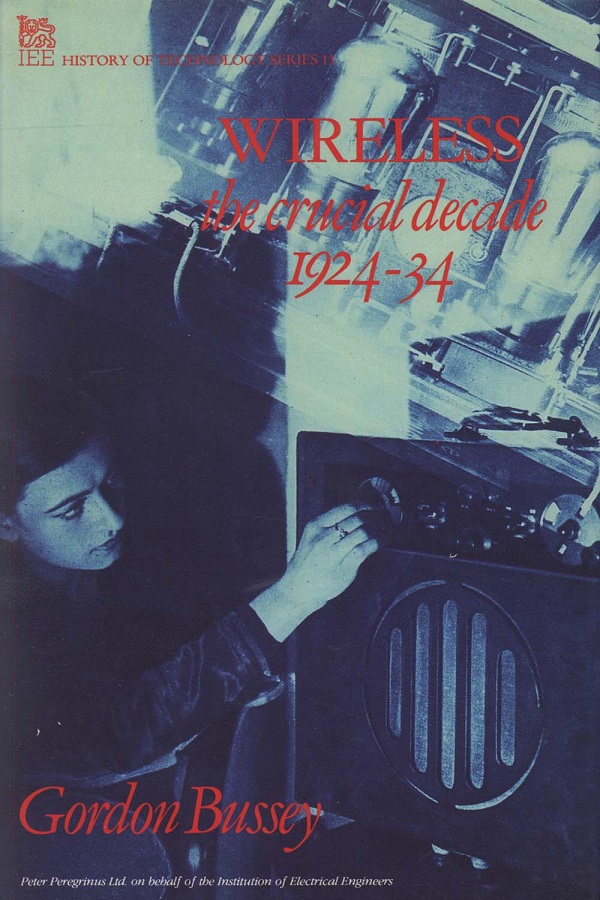 History of the British wireless industry 1924-34


The crucial decade for the development of the domestic wireless was 1924-34. At the beginning of the period most receivers in Britain were crystal sets, but by the end nearly all sets were on the mains, using valves and mostly with superhet circuits-broadly the same as those in use today.

This book describes the broadcasting trends and receiver developments in Europe and America, and includes a detailed account of wireless development in Britain. The vital changes in radio valves are described, and the book concludes with a fascinating account of the rise and fall of home construction of wireless receivers from kits of parts. In the early years it was a nationwide activity. By the end of the decade it had virtually died out. Sets had become too complex for the amateur and commercially produced sets were almost as cheap as construction kits.

The author has an encyclopaedic knowledge of the subject. Much of the information comes from his private collection of papers and early magazines, complete with their advertisements - material that is not generally available in public collections. The crucial decade is likely to prove the definitive work on the subject. It is essential reading for those interested in the history of wireless and the development of its technology.